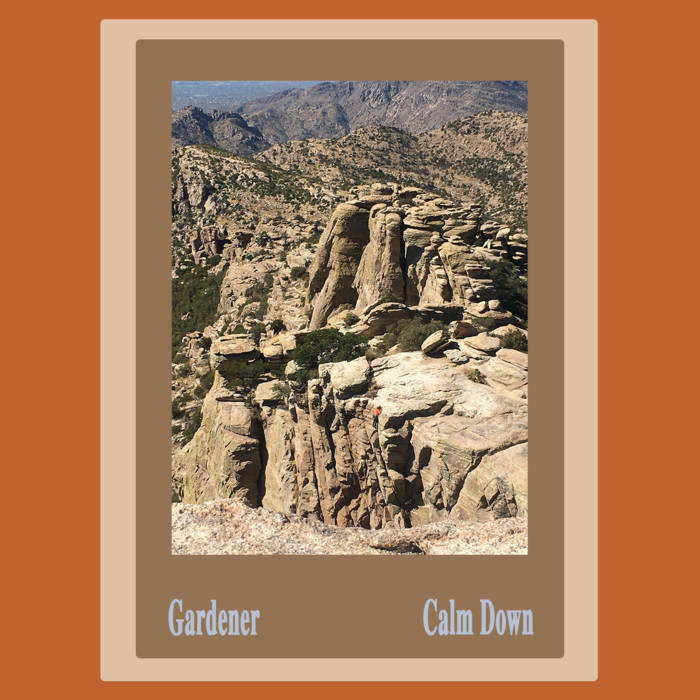 David Moré oh wow. just finished my first listen; i really fucking love this record, it's my favourite by gardener thus far. going to have another listen now...

Listener A beautiful album full of ambient drones that do exactly what the title tells us to do, and propulsive kosmische musik that's just gentle enough to keep us there.

Revolt of the Apes

Like it’s a secret he’s kept his whole life, Dash Lewis hesitantly confesses he is not the biggest fan of harsh noise, of punishing dins that offer aggression without the suggestion of quarter. But Lewis—who has made atmospheric drones for much of the last decade as Gardener—understands now that it has a place within his glittering music. It is the anchor point that creates tension with all the radiant tones that otherwise unspool inside his songs, from his yearning falsetto incantations to the entrancing synthesizer sequences. And that friction—between anxiety and elation, between contentment and angst, between splendid days and seasons suddenly spent indoors—is the frisson of life and the key to Calm Down, Gardener’s timely but timeless new album.

A lifetime musician long interested in immersive minimalism, Lewis stumbled into the world of synthesizers almost a decade ago now, when he landed a job at the then-fledgling modular manufacturer Make Noise. He embraced the technology’s low learning curve and started borrowing synthesizers for weekends. Suddenly, Lewis had a way of speaking musically that was more intuitive and infinite than anything else he’d played. “You’re creating a conversation between these circuits,” says Lewis. “And, soon, that began to feel like an extension of my own
thoughts.”

For the six-track wonder Calm Down, those thoughts center around the title’s edict: making slowly shifting pieces that help alleviate Lewis’ own anxiety. But as he built these melodies and loops by distilling live improvisations to their absolute essence, Lewis realized that elaborate
strata of merely beautiful sounds felt empty and disingenuous, an idealized fantasy of life rather than a meaningful expression of it. He began adding layers of crackling distortion, sheets of strained vocals, hints of electric hiss. His ululations beneath the overwhelming “Kudzu Claimed It,” for instance, feel like guarded paeans to the natural world’s duality. These elements remind Lewis—and, in turn, us—of the complexity of existence and the way our own resolve can sustain
us inside of what may feel like an abyss.

Notice, for instance, the way that the gentle tick-tock of “Boudreaux in the Woods”—a heartbeat, or footsteps—pushes past the dissonant rays that seem to attack it, one click at a time. The piece blossoms into a vocal drone that relishes in that distortion, a reminder of the way you
only notice the break in the clouds by first noticing the clouds themselves. Or track the rise of “Hit by a Car,” which climbs from a slumber of low, gurgling cycles to a symphony of productivity. Its Harmonia-like keyboard line pulls delicate webs of soft beats and fragile hums behind it, suggesting GAS basking in the glow of a repurposed Philip Glass motif. It’s gorgeous but eerie, comforting but cautious—the ethos of Calm Down as a whole.

A longtime Richmond resident, Lewis actually grew up in North Carolina, often attending services at Duke University’s iconic gothic cathedral. As a child, he noticed the way the choral music would reverberate through the intricate space, reflecting a deep human need for solace—not necessarily from god but from community or even from the very act of making music. “We are just asking for something we’re never going to really get,” says Lewis. The pieces he’s built for Calm Down share that sense of eternal longing, of reaching up and out even
when circumstances would seem to push us down.

Bandcamp Daily  your guide to the world of Bandcamp

Guest hosted by Tamar Osbourn aka Collocutor and Toshio Matsuura.